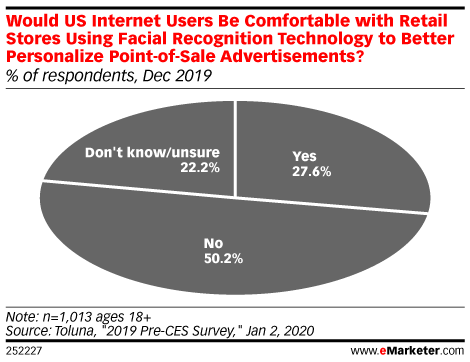 While some consumers are warming up to retail tech, others aren’t as charmed by it—even if it results in more personalized experiences. 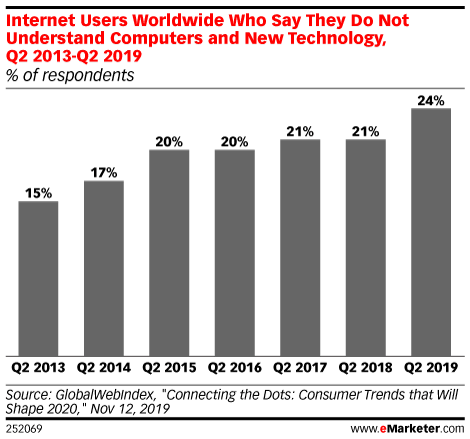 Earlier this month, more than 175,000 tech enthusiasts gathered at CES 2020 in Las Vegas for a preview of the world’s most exciting new products. As usual, the exhibit space was chock-full of futuristic, eye-popping innovations, including flying Hyundai Ubers, bionic robot sharks, smart pajamas and zero-gravity bathtubs. But beneath the shiny veneers and seemingly endless hype, tech companies are working quietly to address a growing problem: As AI, the internet of things (IoT) and next-generation connectivity relentlessly creep into everyday life, “tech angst” is at an all-time high.

In the latest episode of "Behind the Numbers," eMarketer principal analyst Nicole Perrin talks about presidential hopeful Elizabeth Warren's proposal for breaking up big tech.

We spoke with Grégoire Baret, general manager of omnichannel experience at shoe retailer Aldo, about how his team works in collaboration with IT to roll out a new marketing technology.

Is Scan-and-Go the Future of Retail? Feb 11

Cashierless stores, like Amazon Go, have great potential to shake up the brick-and-mortar landscape. According to GPShopper, 48% of US internet users believe scan-and-go technology would make shopping easier. And 43% would rather try scan-and-go than wait in a checkout line.

For many companies, it is necessary to regularly update their digital strategies in order to stay competitive. But old tech systems can make this an onerous task. 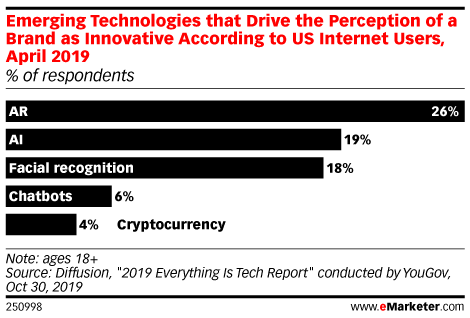 The Most Important Lessons from CES 2020 Jan 16

eMarketer principal analyst Victoria Petrock discusses what she learned from the 2020 Consumer Electronics Show. She then explains the significance of facial recognition bias and why paying with your hand makes sense. 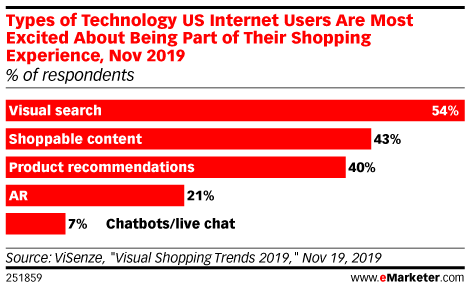 There’s a lot of enthusiasm around retail and tech, particularly visual search. While not mainstream yet, more than half of US internet users said they were most excited about using the technology as part of their shopping experience, according to a survey conducted by ViSenze.

All Eyes on Biometric Marketing Oct 27

Having too many data management systems in use is a daily challenge for 40% of the decision-makers and data managers Vanson Bourne and Veritas surveyed. A similar number of respondents said there are too many data sources to make sense of.

Is Your Digital Transformation Headed for Failure? Mar 4

In large organizations, departments are often not designed or encouraged to work together. And the only way to fix this is with the support of top-level management.

Technology is the means to transformation, not an end in itself. Rigid internal structures impede many organizations' digital transformation efforts.

While recent data reveals big differences in attitudes toward a range of shopping-related technologies, there are some noteworthy exceptions.

A lot of companies in the ad industry hope to profit from the digitalization of TV. But as with any big change, uncertainty creates some fear.