Social: Snapchat rolled out its new TikTok competitor "Spotlight" yesterday, yet another step it's taking to compete with the social media heavyweights for influencers, their fans, and the marketing dollars that follow.

\NBCUniversal is further diversifying into the beauty world, signing a deal with beauty brand Volition to have NBCU talent create beauty products—capitalizing on the celebrity beauty craze.

Today marks a big milestone at Insider Intelligence: We launched our new platform, unifying our two brands (eMarketer and Business Insider Intelligence) into a single online experience and expanded our Financial Services coverage. We also just published a report that’s been long in the making--and it happens to be our very first under the new brand.

Instagram is centralizing Reels and Shop on its app homepage as Facebook tries to more aggressively push its TikTok clone and become a bigger social commerce player.

FreshDirect, like nearly all brands, has had to listen, test, learn, and pivot amid the pandemic. 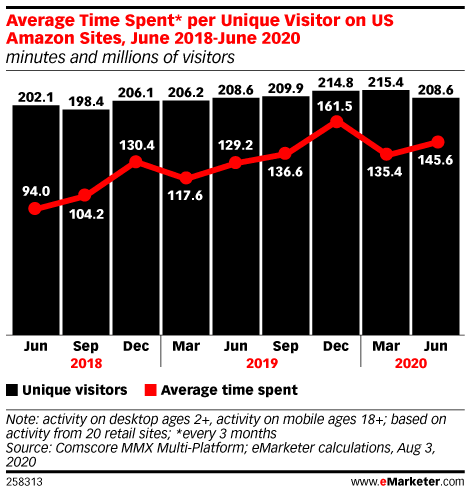 Business Insider Intelligence research analyst Daniel Keyes and eMarketer principal analyst at Insider Intelligence Andrew Lipsman discuss how Amazon tripled its revenues during an economic recession. They then talk about how Pinterest posted such strong Q3 growth, Walmart converting some stores into ecommerce labs, and Under Armour selling its smartphone app MyFitnessPal. 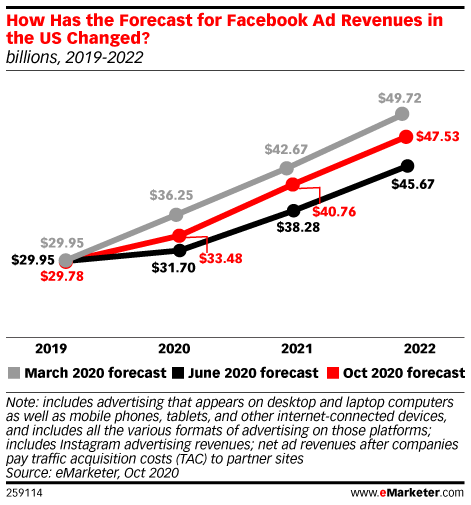 Facebook's Surprising (and Unsurprising) Earnings, Its Oversight Board, and the Threat From Gaming Nov 5 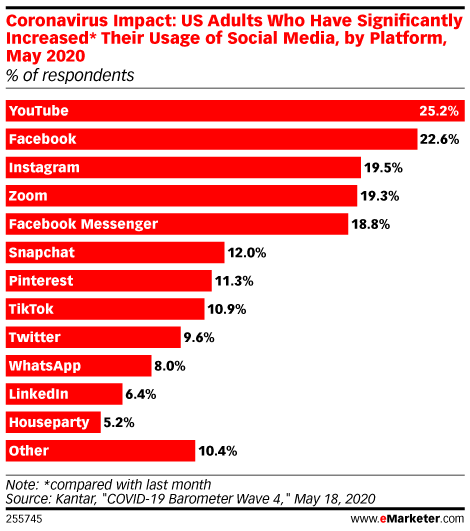 Analyzing Twitter's Q3 Earnings, a TikTok and Shopify Deal, and Whether Social Audio Has a Future Nov 4

eMarketer principal analyst Debra Aho Williamson and junior analyst at Insider Intelligence Blake Droesch discuss how Twitter's Q3 earnings should be evaluated. They then talk about whether social audio will be the next big thing, TikTok's new partnership with Shopify, and if 2020 has been the year of live shopping. 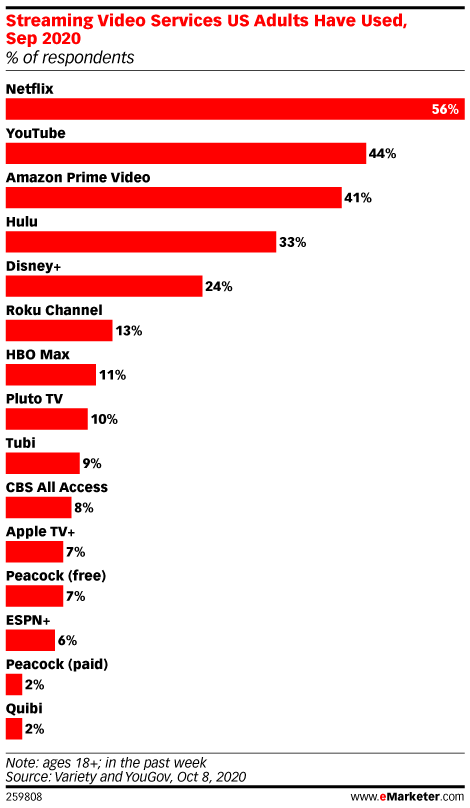 The number of reddit users will increase by 25.3% this year Nov 24

This year, the number of US monthly reddit users will grow by over a quarter from last year to reach 37.7 million.

Snapchat is looking to build on the strong spending from mobile app advertisers this year with its new performance-oriented offerings. 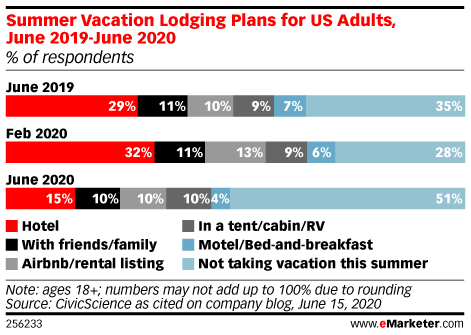 Twitter hopes it can create an easier way for users to post on the platform with the rollout of its new story-like feature "Fleets." 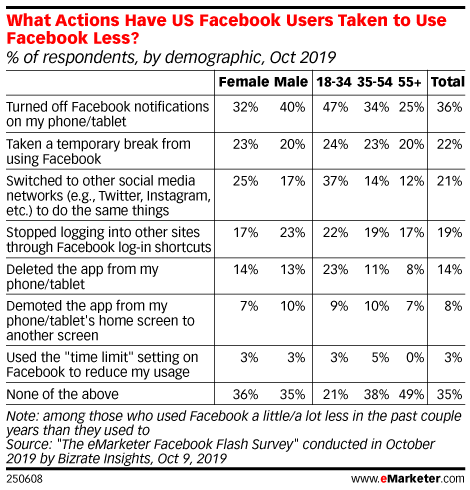 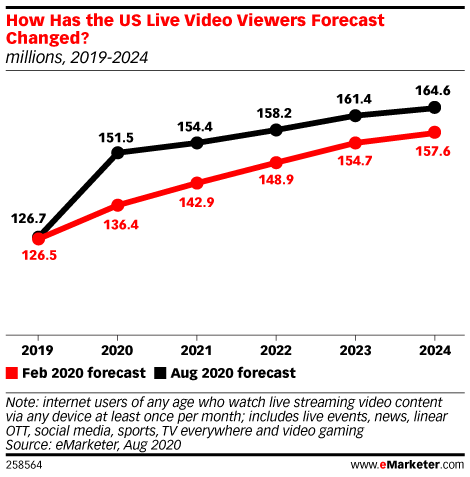 The large increase in live video viewers is one of the biggest digital media growth stories of the pandemic. 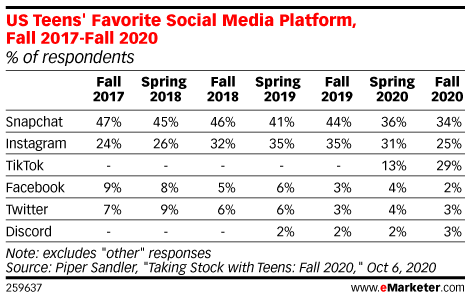 Earlier this month, Mucinex unveiled Sickwear, a six-piece fashion collection that aims to help consumers get through the cold and flu season in style. While it may not be the typical route for a healthcare brand, its parent company RB has been leveraging different channels, including TikTok and now social commerce, to reach consumers—particularly those who may not be aware of its direct-to-consumer (D2C) business.