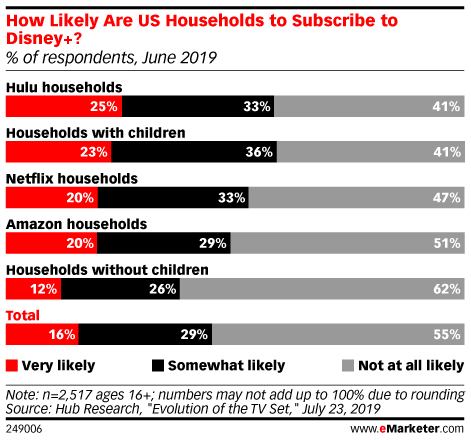 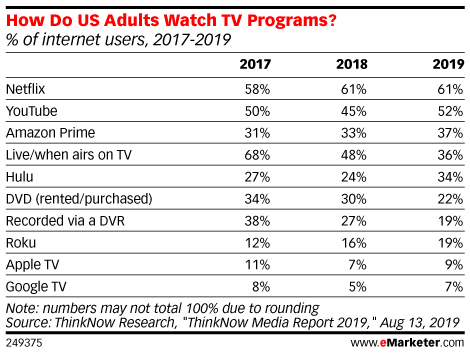 eMarketer vice president of content studio Paul Verna discusses why YouTube changed, then quickly reversed course on, its creator verification program. He also talks about how many and much people pay for SVOD services, Sling TV's and TiVo's commitment to placing pre-roll ads on DVR recordings and more.

Daily Forecast: How Is HBO Now Doing Without ‘Game of Thrones’? Sep 23

Where Will Apple TV+ Fit into Americans’ Video-Streaming Diets? Sep 17

eMarketer vice president of content studio Paul Verna discusses why Apple priced its upcoming video streaming service at $5 a month, whether an Apple bundle is on the horizon, how Google is helping people find something to watch and whether Americans are still interested in smart speakers.

Why Retailers Need to Pay Attention to TikTok Sep 5

Video-sharing app TikTok was the darling of VidCon this year. The media latched onto its low-fi approach of seeding creators all over the conference, where fans could easily interact with them. By contrast, YouTube creators were often cordoned off into formal presentations and meet-and-greets.

Indian consumers pay some of the lowest rates for mobile data in the world, which has led to massive increase in digital viewership penetration among internet users. Our newly revised forecast estimates show that there was higher than expected growth in subscription video-on-demand (SVOD) users in India over the last several years, with the rate of growth moderating after an initial massive wave of Indians coming online.

eMarketer principal analyst Mark Dolliver discusses Roku’s new “Kids and Family” section—including the importance of grouping kids programming together and how people use parental control features. Vice president of content studio Paul Verna then joins to talk about how to predict cord-cutting, why people subscribe to over-the-top video streaming services and what happens when families choose TV packages together.

Disney Bundle Is a Triple Threat to Rivals Aug 15

Podcast: Winners and Losers in the Streaming Wars Jul 20

eMarketer analyst Ross Benes and forecasting analyst Eric Haggstrom ponder the future of the video industry as the streaming wars heat up. How will new services reshape the landscape? What will happen to the quality of TV programming? And when the dust clears, who will be the winners and losers? 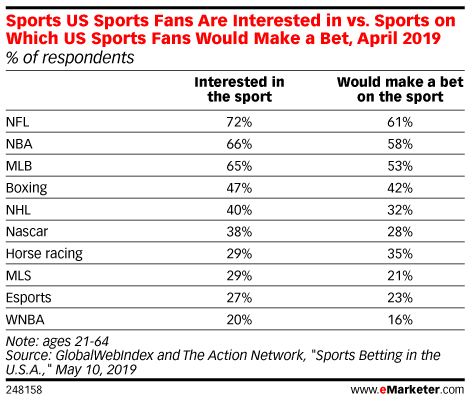 eMarketer principal analysts Nicole Perrin and Andrew Lipsman discuss the wave of contentious subway ads: What's allowed? What isn't? Why have startups become obsessed with marketing on public transit? They also talk about YouTube's latest FTC fine, a new partnership between TikTok and the National Football League and more.

Daily Forecast: Time Spent with Video in India to Outpace the US Aug 29

eMarketer forecasting analyst Eric Haggstrom shares our estimates on people watching digital video in India and why we anticipate the country’s viewership will soon beat the US.

Daily Forecast: Amazon Prime Video Will Only Have Half as Many UK Viewers as Netflix Aug 16

eMarketer forecasting director Shelleen Shum explores our viewership numbers for subscription OTT in the UK and reasons behind Netflix’s lead.

eMarketer forecasting analyst Eric Haggstrom walks us through the current cord-cutting climate, explains why CBS is suing Locast and what Dish has been up to. Vice president of content studio Paul Verna joins the discussion to chat about streaming service password sharing, a new Facebook TV video-calling device, Spotify Q2 results and more.

In the second of two special episodes of “Behind the Numbers,” we look back at two key digital trends from earlier this year: digital privacy concerns and the acceleration of cord-cutting.

Podcast: Is Netflix Headed for the Upside Down? Jul 19

eMarketer analyst Ross Benes and vice president of content studio Paul Verna discuss Netflix's first-ever quarterly subscriber loss. They also consider other implications from the company's lower-than-expected Q2 2019 earnings, including the effect of a recent price hike on the company's revenues, the competitive landscape and the cost of funding original and licensed content.