eMarketer principal analysts Karin von Abrams and Nicole Perrin discuss France's new tax and its impact on US tech companies. They also discuss how people use Google, whether customers find Netflix too pricey, Brits' knowledge of Disney+ and more.

The appeal of traditional media with consumers in Germany is still strong compared with the rest of Europe, despite our estimates that time spent with media there will begin to plateau next year.

Average Time Spent with Media in the UK Jun 17

In China, Adults Spend Half Their Media Time Online Jun 7

This year, for the first time, adults in China will spend over half of their daily media time on the internet. This is largely a result of increased government efforts to transform and develop internet infrastructure in the more rural parts of the country.

Many Americans believe they will use more subscription services in the future. But when it comes to video streaming, just because there are more options doesn't mean consumers will drastically increase the number of services they're willing to pay for.

Daily Forecast: China Tops All Countries in Time Spent with Video May 23

eMarketer senior forecasting analyst Oscar Orozco digs into our numbers for video viewers in China and stacks them up against other countries, including the US. Watch now.

As more cord-cutters supplement traditional television with digital offerings, many in the TV industry are keen on the growing practice of combining linear OTT subscriptions with on-demand streaming.

Advanced TV Is the New Frontier for DSPs May 14

While the vast majority of TV advertising is still bought and sold through traditional methods, change is happening, and vendors don’t want to miss out.

Why Does Video Ad Receptivity Change Throughout the Day? May 8

eMarketer vice president of multimedia Paul Verna talks about how the context of when, what and how someone is watching video matters. Are OTT ad dollars starting to catch up with viewership? And is the TV the most important device?

In a significant move for the company's larger advertising goals, Amazon is rebranding its barely six-month-old streaming service to further ramp up its ad-supported video strategy. 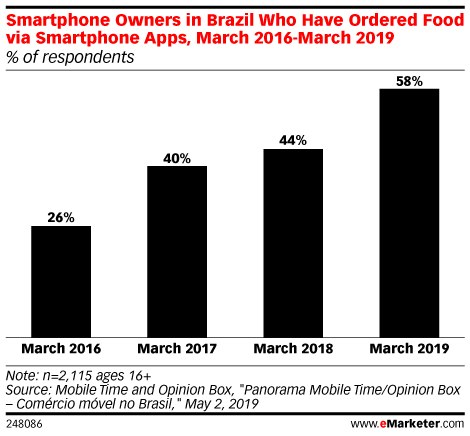 Mary Meeker, “queen of the internet” and venture capitalist at Bond Capital, released her highly anticipated annual “Internet Trends Report” and touched on everything from digital media usage in the US to consumer confidence in China in the 333-slide presentation she gave at the Recode Code Conference earlier this month.

Digital's share of time spent is above 50% in China, US, UK, South Korea and Canada, but under 50% in France, Germany, Japan and India.

For the first time ever, US consumers will spend more time using their mobile devices than they will spend watching TV, with smartphone use dominating that time spent.

Which Subscription Services Will US Consumers Sign Up for Next? May 21

Subscription fatigue be damned. More than a third of Americans believe they will increase the number of subscription services they use in the next two years, but interest isn’t the same across all categories.

Marketers Are Split on How They Define OTT May 17

While digital video platforms like Netflix are investing heavily in producing their own original shows, many people prefer to watch licensed content when they stream video.

The NewFronts: Hulu 'Binge Ads' and Free YouTube Originals May 6

eMarketer vice president of multimedia Paul Verna and forecasting analyst Eric Haggstrom discuss this year's digital NewFronts. Where do most viewers watch Hulu's content? What are these new "binge ads"? And what did they think of YouTube's presentation?