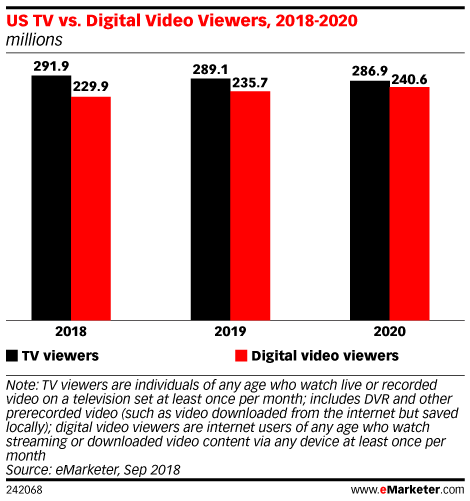 Podcast | Does HBO Sit on the 'Iron Throne' of Content? May 22

In today’s episode, we talk “Game of Thrones” with eMarketer account manager Alex Reidy and director of SMB sales Matt Florio, who are both fans of the show. We’re also joined by vice president of multimedia Paul Verna, who hasn’t watched a single episode. We discuss viewership numbers, the impact of "Game of Thrones" on workplace productivity, the likelihood of a mass viewer exodus from HBO and how brands have tapped into the show’s appeal. 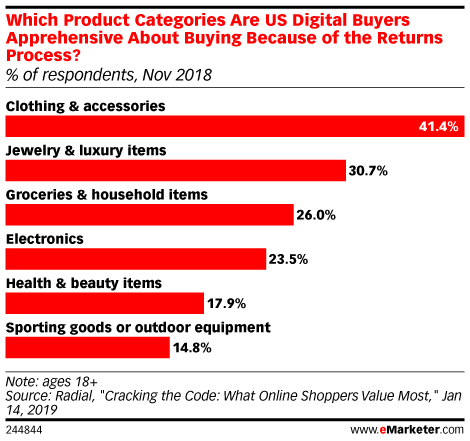 This summer, Nike will roll out its latest augmented reality (AR) initiative, Nike Fit. While the feature is another move toward independence and away from wholesalers, it could also help to alleviate the biggest hassles of online shopping when it comes to clothes and accessories.

Despite marketers’ efforts with advanced programmatic and data targeting for video ads, consumers still find that they are more likely to be served a relevant ad on linear TV.

Daily Forecast: Boomers Hold On to TV as Gen X, Millennials Move On May 14

In this modern age of entertainment, one screen is no longer enough to satisfy most. We forecast 180.8 million US adults will be two-screen viewers in 2019—meaning that 70.1% of the adult population will use a computer or mobile device to browse online while watching either digital video or traditional TV.

With connected TV adoption rising, advertisers are keen to access an increasingly sizable audience on a sizable screen. In fact, many connected TV ad buyers may pay north of $20 CPMs to do so, according to a new digital ad pricing statpack that eMarketer will be releasing April 10.

Podcast | Is It Worth Subscribing to Disney's New Streaming Service?  Apr 17

In the latest episode of "Behind the Numbers," eMarketer principal analyst Paul Verna goes through the new details revealed about Disney's upcoming video streaming service. Does the price make sense, and is the content compelling enough? 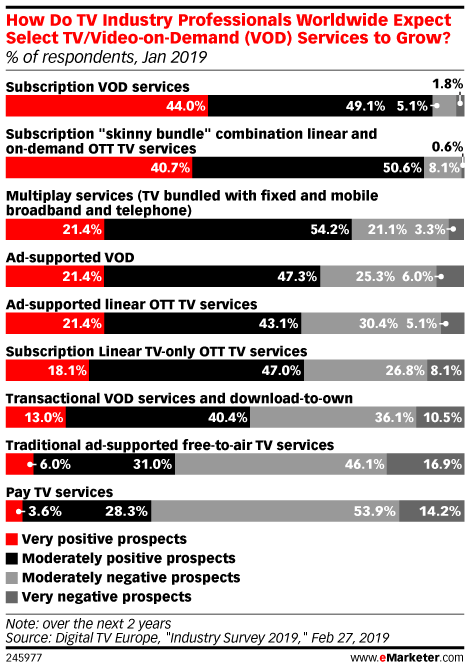 As more cord-cutters supplement traditional television with digital offerings, many in the TV industry are keen on the growing practice of combining linear OTT subscriptions with on-demand streaming. 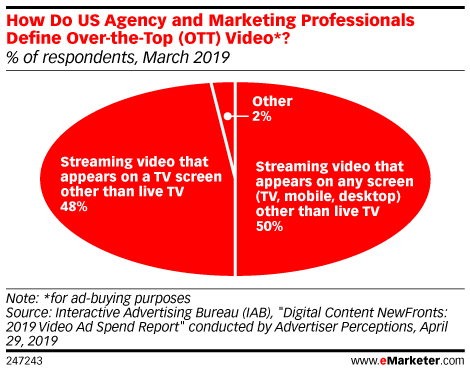 Marketers Are Split on How They Define OTT May 17

Advanced TV Is the New Frontier for DSPs May 14

While the vast majority of TV advertising is still bought and sold through traditional methods, change is happening, and vendors don’t want to miss out.

Podcasts still have a ways to go before catching up with traditional radio. As marketers try to reach the growing audience of digital audio listeners, podcasts stand out in a few key ways.

At a time when the number of cord-cutters continues to climb, a new report indicates that most folks who ditched their cable TV service don’t miss anything about it.

More than 72 million people in the US will listen to Pandora on a monthly basis in 2019, according to our latest forecast. That’s 35.4% of all digital audio listeners in the country.

In the latest episode of "Behind the Numbers," eMarketer principal analyst Paul Verna discusses the changes in how US consumers are paying for TV. Why are some Americans cutting the cord or never signing up for cable in the first place?