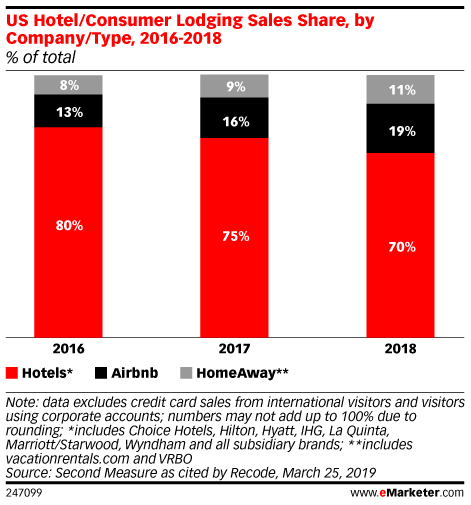 eMarketer vice president of forecasting Monica Peart reveals why Facebook Messenger has been slow to take off in Russia.

What Marketers Should Know About Twitch, Mixer and DLive’s Monetization Offerings for Creators  Sep 25

Although not strictly social media, game streaming properties such as Amazon’s Twitch and Microsoft’s Mixer are playing an increasing role in the video creator space. They are competing with YouTube—and each other—for top video streamers and the audiences those streamers command. They are also becoming more important places for advertising. For our latest report, “Video Ads in Social Media 2019,” we take a look at monetization offerings from Twitch, Mixer and DLive.

In our latest report on global messaging apps, we dive into our forecast for the number of mobile messaging app users—which will increase through 2022, though at slowing rates each year. Our forecast also shows that WhatsApp is a key driver of that growth.

eMarketer forecasting analyst Eric Haggstrom shares our latest figures for WhatsApp’s user base in Indonesia and why it’s growing faster than any other country we track.

eMarketer vice president of forecasting Monica Peart breaks down our estimates for US time spent with tablets and smartphones.

How Will the US Rollout of Facebook Dating Disrupt the Dating App Landscape? Sep 12

Facebook Dating launched in the US last week, giving users aged 18 and older access to typical dating app features like specialized profiles and matchmaking algorithms. Though the dating app space is crowded, Facebook has an opportunity in the future to make the barrier of entry into the online dating world lower, according to experts.

Traditional text messages may (finally) be getting an overhaul. In June, Google announced that it will allow Android users in the UK and France to opt in to Rich Communication Services (RCS), the new texting standard intended to replace the current SMS protocol. That's a step forward for RCS, which has been off to a slow start, but it's not likely to mean much for consumers or marketers yet.

eMarketer vice president of forecasting Monica Peart shares why we’ve lowered our tablet usage figures for internet users in France and where they’re now spending most of their time. 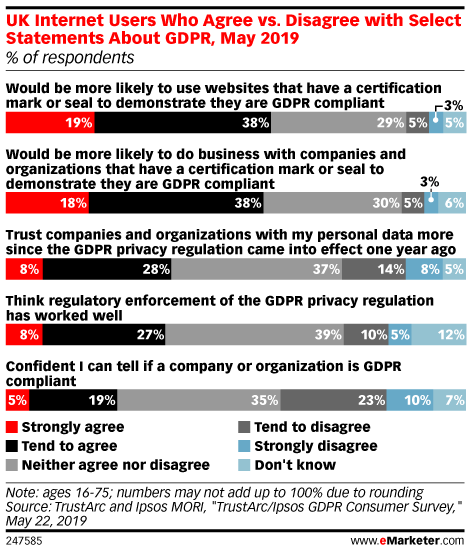 eMarketer principal analyst Nicole Perrin discusses the EU’s recent ruling on the Google ‘Right to Be Forgotten’ case, the impact of culturally relevant ads, Kik Messenger shutting down and more.

Why Your Retail App Isn’t on Customers’ Phones, and What to Do About It Before the Holidays Sep 13

Despite being the smallest of the three major commerce channels in terms of transactions, mobile is arguably the most important.

More shoppers are utilizing omnichannel offerings to simplify their shopping experiences. For brands and retailers, offering consumers an obvious in-app value exchange can lead to downloads and encourage loyalty.

Will WhatsApp Status Ads Be a Good Fit for Promotions? Sep 11

Advertising is the core of Facebook’s business, so it was only a matter of time before the company found a place to show ads on WhatsApp. That place will be in Status, WhatsApp’s version of Stories on Facebook, Instagram and Messenger.

Daily Forecast: Kids and Teens Drive Tablet Use in the UK Aug 26

eMarketer vice president of forecasting Monica Peart shares our tablet usage numbers for the UK, including a breakdown on the device’s most popular age group.

eMarketer principal analyst Yory Wurmser explains why Huawei is rolling out a proprietary open-source operating system, the iPhone sales slowdown, Uber’s imminent need to turn things around and how Google is making it easier for users to navigate walking directions with the help of augmented reality.